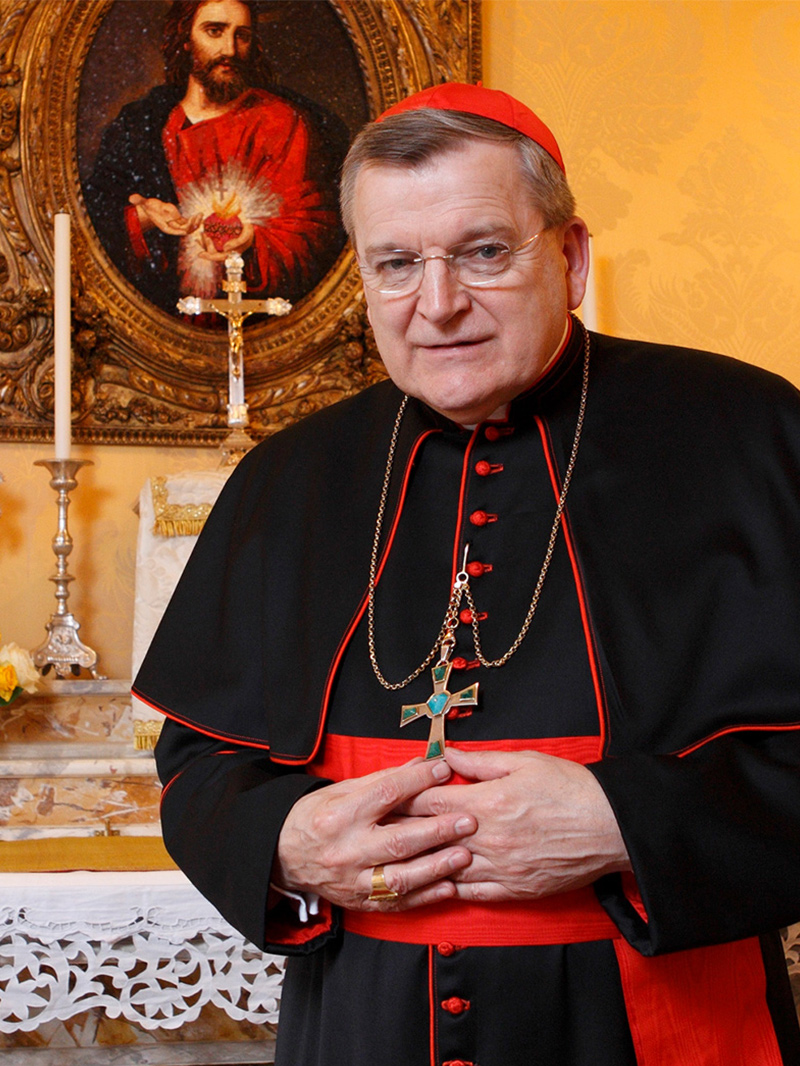 Born in 1948 in Richland Center, Wisconsin, Raymond Leo Burke attended seminary in La Crosse, Wisconsin, Washington, D.C., and Rome, where he was ordained a priest by Pope Saint Paul VI in 1975. Ordained a bishop in 1995 by Pope Saint John Paul II, he served for almost nine years as Bishop of La Crosse, where he founded the Shrine of Our Lady of Guadalupe, and over four years as Archbishop of St. Louis. He was named a cardinal in 2010 by Pope Benedict XVI. Cardinal Burke has written and spoken widely on Roman Catholic canon law, the Holy Eucharist, devotion to the Sacred Heart of Jesus, devotion to Our Lady of Guadalupe, and the sanctity of human life. He is a member of the Supreme Tribunal of the Apostolic Signatura.

Back to Speaker Page